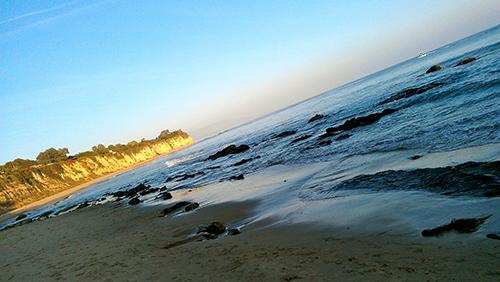 What are the unintended consequences of closing off large marine areas to fishing? Is a fish saved a forest lost?

This is the first in a two-part conversation facilitated between leading scholars affiliated with the National Socio-Environmental Synthesis Center (SESYNC). To read part two, click here.

Dr. Ray Hilborn, a former member of SESYNC’s External Advisory Board and a Professor of Aquatic & Fishery Sciences at the University of Washington, has argued that marine protected areas (MPAs) have far-reaching consequences beyond their prescribed conservation objectives. In a recent opinion piece published in the Proceedings of the National Academy of Sciences of the United States of America (PNAS), Dr. Hilborn wrote that “… marine conservation has never considered the costs associated with food production when evaluating closing large portions of the ocean to fishing.” But a closer look at an MPA that restricts local fishing activities may in fact lead to increased fish imports from aquaculture and capture fisheries, or to an increased reliance on land-based food production, which may open new lands to cultivation, and/or give rise to intensified land exploitation.

I recently sat down with two of SESYNC’s funded scientists—Dr. Taylor Ricketts, Director of the Gund Institute for Ecological Economics at the University of Vermont and a Senior Fellow at the World Wildlife Fund (WWF), and Dr. Brendan Fisher, Conservation Scientist at WWF and Fellow at the Gund Institute—for responses to Dr. Hilborn’s PNAS article. Below are excerpts from that conversation.

Melissa: Thank you, gentlemen, for your time and for talking with me about Ray’s piece. Can we start with some initial reactions—what does it mean that conservation actions should be considered globally rather than in isolation? What does it mean for centers such as SESYNC?

Dr. Ricketts: One thing that we really agree with Ray on is that the implications of any conservation action are global, not just local—that basic point is really beyond dispute. This makes the world more complicated for a conservationist, and it makes the need for centers like SESYNC even more important: to analyze the complicated relationships between an ecological system that’s being changed by things like MPAs and the social and economic systems that flow from such governance efforts.

Dr. Fisher: And I want to agree with a more subtle point of Ray’s article in that the linkages between terrestrial and marine systems in relation to food security aren’t often thought of. As a globe, our populations are becoming more coastal—and coastal populations, especially in the developing world, rely on a suite of strategies to meet their needs. So, linking fisheries activities with impacts on agriculture and vice versa is really important.

Dr. Ricketts: One reason it’s easy to agree with the article is that the basic issue isn’t particularly new or unique to fisheries. There’s a pretty widely-used word for what Ray’s talking about, and that’s “leakage.” It’s the idea that if you stop some activity in one place, it will “leak” to someplace else. The classic example is that China has banned forestry on much of its land. Now, that’s heralded as a big conservation success, but you can also trace upticks in Malaysian logging and logging in many other places around the world as a consequence of that ban in China. The carbon world and carbon market is very interested in the concept of leakage. If you reduce deforestation to prevent emissions of carbon and greenhouse gasses in one place, will logging just increase somewhere else?

Melissa: Excellent points. Did anything within Ray’s article give you pause?

Dr. Ricketts: There’s another common concept here that Ray doesn’t highlight, and that’s “spillover.” A lot of work has asked whether MPAs actually have local benefits. Ray’s article assumes that if you prevent fishing in an area, then that local community is “out” of fish. But there’s a lot of work that shows that an MPA actually increases the fish biomass and the yield around it. Fishermen learn very quickly to fish the boundary of an MPA, where they can actually get more fish because they spill over from the off-limits, productive MPA region. So it’s not a complete loss to fishermen. It may not be an immediate effect, but that benefit builds up over time—and in some cases, communities may not have to go elsewhere for their fish, because spillover is such that you’re getting as much locally.

In that respect, I think there are some factors that make the situation a little less worrying than the article suggests. In addition, for example, less than two percent of the world’s oceans are under MPA protection. So while we do need to think about the points Ray’s article addresses, it’s also difficult to argue that enormous amounts of fisheries are being lost to MPAs globally, because the global impacts to fisheries are marginal. Do you agree with that, Brendan?

Ray’s article also makes a subtle point about distribution aspects and how actions taken by developed countries such as the United States and Australia impact less developed countries such as Indonesia and Peru. I would say that it’s really important, considering the incredibly complex and linked challenges that the world is facing at a global scale, that we think about distribution—especially in terms of the poorest countries that are the most vulnerable to environmental change. So we’ve got population pressure, food insecurity, climate change, ocean acidification: all of these things will differentially impact certain vulnerable populations in parts of the world that really just couldn’t stand any additional stressors.

But what we’re talking about here, and why Ray talks about the cost of conservation victories—this falls under what we often consider net cost or net benefit. And in social cost-benefit analysis in economics, it’s all about that “net.” So if we’re going to talk about the negative impacts of MPAs on some fishing populations and global food insecurity, we need to also talk about the positive impacts of MPAs—not just for fisheries but for multiple objectives, including biodiversity, resilience for the future, etc. We definitely need to look at both sides of the coin, and we need to be inclusive about all of those things.

In terms of SESYNC, I think SESYNC’s basic foundation is uniquely set up for that framework, in that we’re talking about socio-economic syntheses of environmental challenges. So immediately, SESYNC was set up to think about impacts that are outside of exclusively ecological, social, or economic influences, but the whole suite of things. So again, we think about the term “net” in those cases.

Melissa: The article obviously prompts further discussion. But Ray only had 800 words to lay out his argument. So what’s the next important point to be made? If you were writing a formal response to Ray’s article, what would you want your 800 words to say?

It’s kind of the full-blown version of what Ray is calling for, which is a spatially comprehensive evaluation. The full version would also be comprehensive across all benefits and costs. I think that would be a very interesting thing to do, and it’s a very SESYNC thing to do, as well.

Dr. Fisher: I would say that the frontier is even bigger than the conversation about the net benefits of MPAs, picking up on the connectedness between the terrestrial and the marine. So for me, the next point is thinking about how the benefits and costs of MPAs link to changes on the land. Global food security is really going to be this dance between how we manage our forests, how we manage our farmland, how we manage our grasslands, and how we manage our marine resources. In some areas, we might think that protection of a marine resource is important for a whole bunch of social benefits including biodiversity or resilience of coral reefs, which might impinge on some terrestrial system. So we just need to be transparent about all of those costs and benefits.

This kind of relates to the SESYNC project that Taylor and I lead: we’re trying to understand globally how conditions on the land or in the sea affect human health, and they’re going to be different for different parts of the world. Hopefully, what we’ll be able to do is to think about, at least regionally, statistical models that show that a change in forest cover or governance of a forest impacts health and social benefits. And then once we get there, thinking about how those changes ripple across space and time—linking back to our earlier points—“what are the leakage and spillover effects of those changes?”

Melissa: Thank you both! It’s been great talking with you, and I’ll be looking forward to seeing some of the results from your SESYNC project on the linkages between environment and human health.