How do I create a virtual environment on the Jupyter server?

A Pipfile stores the information about your virtual environment and the dependencies of your project. It replaces the requirements.txt file that can be used in Python projects. If you have a Pipfile already, use the terminal to change to the directory containing your Pipfile, and run this code to see the path to your virtual environment.

If you don’t have a Pipfile, change to the directory where you would like to create one, and run

2) Check for ipykernel
Take a look at the contents of the Pipfile and see if it includes ipykernel. You can view this file by typing cat Pipfile in your terminal, or by opening it through your file browser with any text editor. Your Pipfile will look something like

If your Pipfile doesn’t include ipykernel, run this code (it may take a few minutes).

3) Activate!
Then you can activate your virtual environment by running

4) Name your environment and make it available
Next, add the kernel by running the following code. Give your kernel a name and a display name of your choosing by replacing <”kernel name”> and <”My Official Kernel Name”>.

Confirm that you’ve added the kernel by running 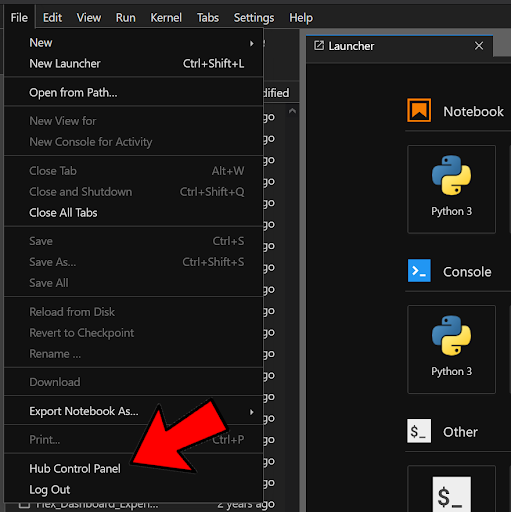 This will pop open a new tab/window, and you’ll click “Stop My Server”.

Once it restarts, you will see the new kernel in the Launcher, with the name you gave it during set-up. 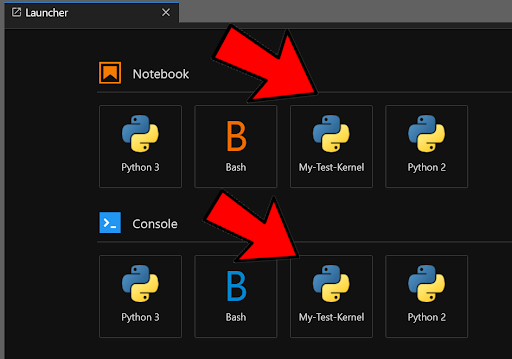 to install packages. This is the same way you installed the ipykernel package as described above.

7) Using your virtual environment in Slurm jobs
If your code has high processing time or memory requirements, and it’s too much to run on the Jupyter server, it’s possible to use the virtual environment within a Slurm job as well, running your Python code as a script (.py file) rather than a notebook (.ipynb file). You will need to call pipenv in your Slurm job script to run the Python script.
If your Pipfile is in the directory /research-home/myusername/my_cooltrees_code, and your .py script is located at /research-home/myusername/my_cooltrees_code/coolscript.py, your Slurm job submission script might look like this:

For more details see the Quick Start on using the SESYNC cluster.

8) Delete when finished
If you would like to delete your kernel at any point, run the following (replacing test-kernel with the name of your kernel).