Palmer was one of three recipients of the highest honor given by the British Ecological Society.

ANNAPOLIS, Md. —Today, the British Ecological Society (BES) announces the winners of its annual awards and prizes, recognizing 10 distinguished ecologists and groups whose work has benefited the scientific community and society in general. This year, honorary membership, the highest honor given by the society, has been awarded to three distinguished ecologists based in three different continents: Anne Magurran, Margaret Palmer, and Richard Hobbs, representing the global membership of the BES.

The BES REED Ecological Network are named this year’s Equality and Diversity Champions. Established in 2020 by a small group of early-career ecologists from under-represented and marginalized ethnicities, the network has gone from strength to strength and now deliver highly successful workshops on allyship.

The 2022 BES award winners are as follows:

Honorary membership is the highest honor the BSE can give and it recognizes an exceptional contribution at international level to the generation, communication and promotion of ecological knowledge and solutions. 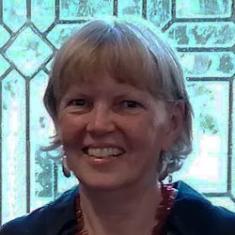 Anne is a professor at the University of St Andrews, where she is the university’s most cited female scientist. Globally, she is the second most cited female ecologist and evolutionary biologist. Anne is also an international counsellor and advisor on issues of conservation related to biodiversity and engaged in the UN Convention on Biological Diversity and in the World Economic Forum in 2018.

On being made an honorary member, Anne said: “The BES was the first society I joined, and helped set me on the path to a career in ecology, so I feel very privileged to be awarded Honorary Membership."

“I hope colleagues and friends around the world will feel part of the award, recognise the importance of their own contributions to ecology, and will be inspired to continue asking important and interesting ecological questions.”

"The BES was the first society I joined, and helped set me on the path to a career in ecology." – Margaret Palmer Margaret is known for her work at the interface of science and policy. She co-designed and now directs a national synthesis centre (SESYNC) that has championed new approaches to fostering research collaborations between social and natural scientists on problems at the interface of people and the environment.

On being made an honorary member, Margaret said: “This is a great honor, and it rightly belongs to the very smart students, collaborators, and intellectual communities that have surrounded me throughout my career."

“Perhaps the most rewarding path in my career has included brainstorming with and learning from international communities of environmental, social, and legal scholars to advance the sustainability of coupled human-natural systems, and this honor is certainly theirs as well.” Richard Hobbs – Richard Hobbs is a Professor at the University of Western Australia where he heads up the Ecosystem Restoration and Intervention Ecology Research Group. Throughout his career, Richard  has made outstanding contributions to the science of ecology, conservation and restoration.

On being made an honorary member, Richard said: “I joined the BES during the first year of my PhD in 1977 and attended the winter meeting in Lancaster that year. My first paper was published in Journal of Ecology. Later, I contributed regular essays to the Bulletin from Australia, under the title “From our Southern Correspondent.”

“So, the BES has been an important part of my life throughout my career. I’m incredibly honored to be given this award, and humbled to be joining such an amazing group of ecologists. It’s particularly rewarding for me to be recognized by the society with which I ‘grew up’ professionally.”

The winners will be presented with their prizes during a ceremony held at the BES Annual Meeting which runs from 18 – 21 December in Edinburgh. The meeting will bring together over 1000 ecologists (in person and online) to discuss the latest advances in ecological research across the whole discipline.

This press release was adapted from the British Society of Ecology's release. See the full, original release here.